When I was in college, I was part of a Summer Staff position at a Conference Center. Throughout the summer, we would have various activities among the staff. One of these activities was a Lip Sync contest. My buddies and I decided to enter and do a Rolling Stones song, “You Can’t Always Get What You Want.”

I was tasked to fill the role of Mick Jagger in the group. I was prepared for this because I was a huge devotee of the documentary, Gimme Shelter. I had probably watched that film 50 times and could quote you the majority of the lines. I had also become a student of Jagger and his frantic moves on stage. I could imitate his facial expressions, the way he likes to strut, and his ridiculous hand gyrations.

The day of the contest came and we did our thing. I was Mick Jagger. One fellow staff person said that, “I was a better Mick than Mick is.” I embodied the movements and style of one person doing one thing. I have no intention of being Mick Jagger. His hedonistic, material, free love, and self indulgent ways didn’t then and doesn’t now appeal to my Christian worldview (Though I would love to sing “Honky Tonk Women” in front of the full band one day). 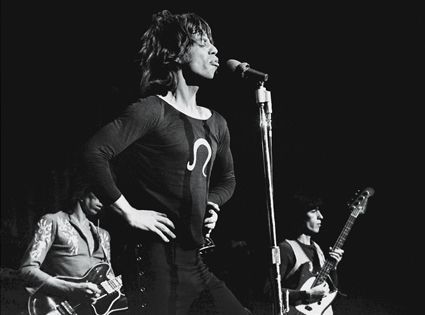 For example, take the story of the woman caught in adultery , where Jesus diffuses her execution. If, by some chance, we found ourselves in a similar situation, we could say the words and take the action that that could make a difference but still not have the same heart as Christ. Jesus had no condemnation towards the woman but I could still condemn her and judge her in my mind. My point is, imitation alone is just half the work.

A transformed heart takes deep work of the Holy Spirit, intentional development of our mind and body, and the encouragement of others. One time, Jesus’ disciples failed to heal a demon possessed boy and his dad had to appeal to Jesus for him to do it. Jesus said that the reason the disciples couldn’t drive it out was because of their lack of faith. These disciples knew the words to say and the moves to make and the prayers to recite to heal most people but they hadn’t built up their faith in order to embody Jesus’ power.

This could sound discouraging. “What? I can’t even fake my way to Christlikeness? Why even try?” But, our imitation is a sign of our faith and a level of trust that our practices will make a difference. And if we possess Christ within us and are indwelt by him, he is going to do the work to turn our small faith into a transforming faith. In just a short time, these same bumbling, lacking faith disciples were healing crippled people, miraculously busting out of jail, and speaking in tongues.

Christ’s power will use our small imitation of him and make it work.