I just heard that Eugene Peterson died. What a giant loss this is.

I cannot put into words what it is like to read and listen to Peterson talk about God. Only Frederick Buechner, Dallas Willard, and Peterson make me feel like a different person after reading them. I feel more hopeful and more full of faith. But, most of all I find myself more in love with Jesus. I walk away from a reading session of Peterson and I feel like the wisest, most profound, person I could talk to has just held a conversation with me.

What is so attractive for me is that Peterson is interested in Spiritual Theology? In his mind, there is no point in discussing God unless you expect God to actually do something in your life, to change your countenance, and begin making you whole. Peterson had a brilliant mind and a poets sense of words but a pastor’s heart. He used his words, through writing and sermons, as a means of loving his readers and wanting them to grasp the beauty and truth of scripture. I have seen many pastors but not any that viewed their sermons as letters of love to their congregation. Peterson did.

I find it interesting that I have been on such a big Peterson kick the last month or two. I have been listening to his collection of sermons and last week I downloaded his latest, a 90-day devotional called Every Step An Arrival. Also, I listened to a 2015 podcast interview with Krista Tippitt. I would highly recommend any of these options but be aware that he isn’t flashy and that his voice is sometimes hard to listen to. You have to take your time with Peterson and wait for him to draw you in to show you the life that is possible with Christ. His memoir, The Pastor, is required reading for any person in ministry and for most congregants who need to know that a pastor is not just a leader with good hair but should be the person most desiring growth in all life’s good areas. 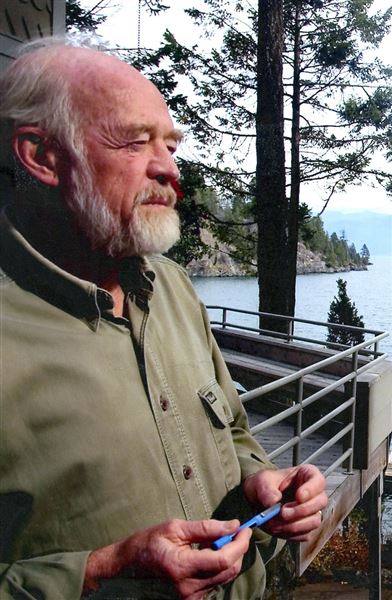 For an entry point in Peterson, I would recommend a piece called, “Confessions of a Former Sabbath Breaker.” It captures his mirth, his wisdom, his sincerity, and his pastor’s heart. When you read it you will know what I have been trying to say in this blog.

I am sad today but oh so grateful for his work, his ministry, his heart, and his words. Do yourself a favor and read or listen to something by Peterson and ask yourself if your life, in any way, resembles his. If not, you are missing so much.

This past week, I met with a brand new believer and talked about what to focus on in the days ahead.

I went to church and me and two other guys worked through some scripture and I led in prayer.

The following day, I attended a small group with faculty members at the university where I work. We spent time in devotion and then listened to each other’s stories and worked on discerning God’s work in and around those stories.

On Sundays, I taught a college bible study class where we learned what makes a good Christlike community.

Photo by Artem Bali on Pexels.com

All of that plus a symposium on campus where colleagues and I spoke about being a Christian librarian and the unique role we play in the academic environment of our students.

All of these things, I have prayed for and desired to have happened. I want to be in the midst of other’s spiritual journey, guiding them and passing along some things that I have learned and expressing the reality of Christ’s transforming power.

Quite significantly, not one of these opportunities I had to push or pull to make happen. I didn’t have to twist arms to get people to do this with me or to show up. It just happened and that is a testament to God working. I simply made myself available and am in tune enough to know when God is guiding circumstances and people’s hearts.

Are you making yourself available? Have you asked God to use you in whatever way he sees fit? And are you faithful to move whenever he says move?

I don’t consider myself special because of these opportunities that I have, just thankful that God sees enough in me to want to use me. He wants to use you and will gladly provide you chances to minister to others and to serve. Just make yourself available.

One part of my spiritual and personal story that I haven’t discussed much is the pregnancy, birth, and early life stages of our daughter, Joy. My wife recently wrote about this and I thought I would share it on the blog with a series of posts. God has moved in profound ways concerning Joy and her life has taught me many things:

After Joy’s amazing cleft lip repair, we continued to walk daily in faith that she would improve and heal. It was a whirlwind of doctor visits from her Craniofacial surgeon, to GI specialist, a nephrologist, a urologist, a geneticist, a pulmonologist, an opthalmologist, ENT specialist, cardiologist, and later an orthopedic specialist. I had to carry around a little notebook to keep everything up to date for the appointments.

In the mean time, we still needed her cleft palate repaired and would wait until she was around 9 months old to get that done. During that time, she had pneumonia and so many ear infections due to the cleft. I even surprised one of her doctors when I told him baby food was coming out of her ear when she ate!! That sounds crazy, but all of that was connected and open before her first surgery. So many things were causing issues that seemed overwhelming at the time.

Along with doctor visits, we had awesome ECI therapists (PT, OT, Speech/feeding) come into our home to help with Joy’s progress. They made a huge difference and listened to my concerns. Her PT was an integral part of helping us discover Joy’s scoliosis at such a young age. This was another God moment!

Joy has had 4 cleft palate repairs. Several had to happen because she did not heal properly after surgery. So many times we were sent to the geneticist because her doctors just knew she had a syndrome that would explain all of the things going wrong. Nothing was pinpointed, but we still had to move forward with her care.

Her first cleft surgery was extremely hard. It makes me sick thinking about it. The recovery room for Joy has always been the hardest. She does not respond well to anesthesia and has an extremely hard time waking up and calming down. After each surgery comes weeks of liquid diets, restrictions, and sometimes slow healing.

People prayed each time for her surgeries and God provided His strength and peace during those tough times. I cannot imagine walking this journey without my brothers and sisters in Christ. The body of Christ has held us and walked with us every step of the way. We are continually grateful for this blessing.

Instead of chasing every new teaching, try a little scripture reading.

Instead of seething with anger, try forgiveness.

Instead of cunning and scheming, try speaking the truth in love.

Instead of finding ways to divide, try finding unity in the faith.

Instead of seeking only individual health, try seeking the health of the group or community.

Instead of making yourself head over your spiritual life, try letting Jesus be CEO.

Instead of just working on one aspect of life with God, the same one you have focused on for years, try letting Jesus transform all of you.

Instead of embracing futile thinking, try renewing your mind by discovering first the Kingdom of God.

Instead of hardening your heart, try humbling your sensitivities for the sake of Christ.

Instead of money, sex, and power, try fasting, simplicity, and silence.

Instead of considering the validity of every falsehood, try embracing the truth with equal intention.

Instead of complaining, try service for God.

Instead of tearing something down, try finding a need and fix it.

Instead of finding what is in it for you, try finding the benefit for others.

Instead of giving the devil a foothold, try repenting of your former way of doing things and accept your new life in Christ.