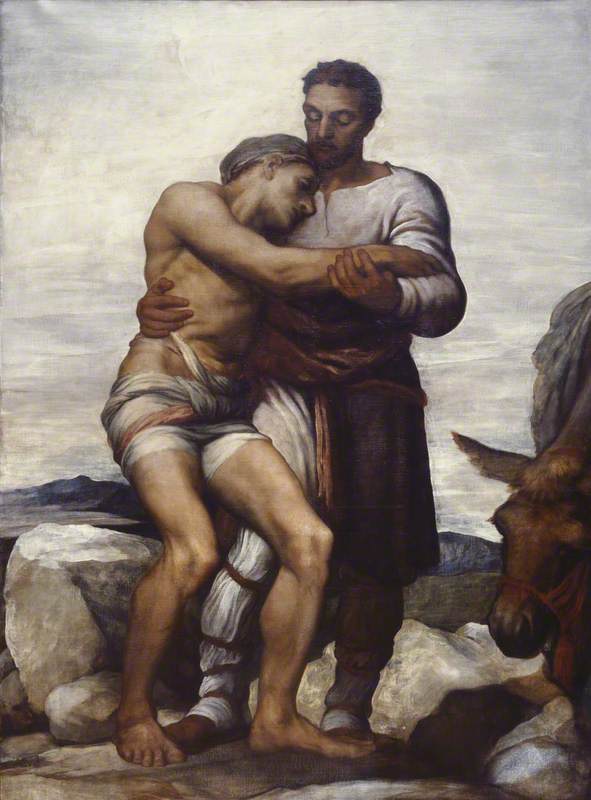 There is a character in the Bible that is never named but he is labeled by Bible scholars and readers throughout history. He is known as the Good Samaritan. What strikes me as funny about that the Good Samaritan name is that it has taken on a life of its own. Like the man who received this label is some kind of super hero. “There he, the GOOD SAMARITAN. He travels dangerous stretches of Israel saving the weak and those that are crying for help, he is…The GOOD SAMARITAN.”

The words “good Samaritan” does not appear in the story. In fact, for the people that Jesus was telling this story to the mention of the name Samaritan evoked hatred and prejudice. In there racist and biased view, there was no such thing as a Samaritan who is good. For these people, Samaritans were half breeds, betrayers of the one true God, defilers of the covenant, lacking in blessing, and backward and ignorant. By the time Jesus comes along the Samaritans were so despised that “good” Jews of Jesus’ day wouldn’t even step foot in Samaria even though this often forced them to add miles and miles to their travels north and south in Israel.

As Jesus completes the lesson he asked the religious leaders who are so proud of their own piety and righteousness who is the neighbor in the story? The answer is obvious to everyone but the person who is questioning Jesus cannot even breathe the word Samaritan and instead spins the answer so he doesn’t have to say the name.

In Jesus’ provocative telling, he uses one of the most despised groups of people in his culture and makes a hero out of one them. The point being that race, politics, country of origin, economic status, and religious respectability is not what makes a person good. A clear sign of a good person is their ability to love others. If Jesus was telling this story to the run of the mill Evangelical church, he might choose different groups to draw his hero of the story – the Good Muslim, the Good Democrat, the Good Homosexual, the Good African American. Also, if he was telling the story in other contexts he might use the Good Evangelical, the Good Republican, or the Good White Person.

As our society tries to determine its future in terms of race, justice, and equality may we take our cue from the Good Samaritan and step out of our prepackaged labels and love those around us so that we will be known for nothing else but our love and the source of that love, Jesus Christ.

*This post was inspired by a section out of Dallas Willard’s book The Divine Conspiracy.