Today, I start my chronicle of the Apprentice Experience, the 18-month training in discipleship that I am embarking on. I spoke more about this last week.

AE was started by James Bryan Smith, a professor of theology, author, speaker, and self described Forrest Gump of American Christianity. His background was not in the church, yet, he was picked out by Spiritual Formation maven Richard Foster to be mentored. He never really ran in Christian celebrity circles yet musician Rich Mullins showed up in one of his classes and ended up living in an attic apartment in Smith’s house. He often says that his sermons and messages are basically the same wherever he goes and that they lack sophistication yet he was told by the brilliant and much revered Dallas Willard that he was the one that should develop a Curriculum for Christlikeness. He also had the privilege to be mentored and taught by giants in the field of ministry and the Christian spiritual life – Henri Nouwen and Brennan Manning. 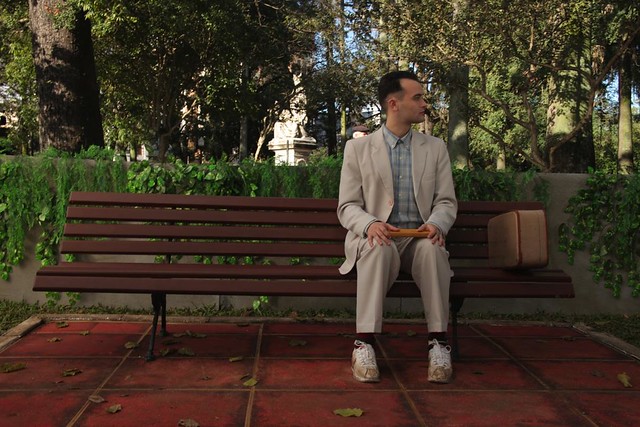 Hopefully, what Smith will be most well known for is his Apprentice book series. I have read these through several times and have used them for Bible studies, small groups, and for mentoring college students.

The framework found in this series is the anchor points for the Apprentice Experience and one that I find insightful, profound, and accessible.

I have found that Smith is not concerned with pushing some gimmicky plan or fad insight to make him look clever or sell more books. He simply wants to teach others ways to know the God he knows.

Through the Apprentice Series, he does just that.